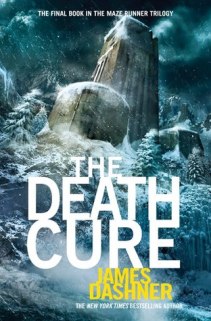 It’s the end of the line.

WICKED has taken everything from Thomas: his life, his memories, and now his only friends—the Gladers. But it’s finally over. The trials are complete, after one final test.

What WICKED doesn’t know is that Thomas remembers far more than they think. And it’s enough to prove that he can’t believe a word of what they say.

The truth will be terrifying.

Thomas beat the Maze. He survived the Scorch. He’ll risk anything to save his friends. But the truth might be what ends it all.

The time for lies is over.

Remember those questions you had in the first and second book? Were you hoping to have them answered by now?

Well, it looks like you’ll just have to wait for the prequels.

This book was very much the same as the first two with very little to no story or character development. There’s not much escalation of danger or urgency nor is there much progression in the plot. The characters and their existence in the dystopian world remain as they were in the first book (in exception to one minor turn of events that might unsettle a few readers). The pacing was fairly fast-paced and the action was great, but there was no closure and the ending was very formulaic and predictable.

A lacklustre finale at worst, but a thrilling joyride at best. The series has some pitfalls, but it’s still pretty entertaining in the end.